In recent years, the Philippines has grown to become one of the world’s go-to outsourcing destinations and the most attractive inbound investment location for Information Technology-Business Process Outsourcing (IT-BPO) companies. The country holds a steady stance despite the depreciating Peso and the increased inflation rate.

In the Central Visayas region, Cebu’s IT-BPO industry is one of the province’s “sunshine” industries. It’s a practical location for BPO hub spots, specifically for those eyeing an urbanized city outside Metro Manila. Let’s take a look at some must-know facts about the IT-BPO industry at the Queen City of the South.

The BPO sector is one of Cebu’s most prominent employment generators and one of the top industries that put up significant job ads. In early 2019, the BPO industry in Cebu saw a 19% hiring growth.

Most businesses that are recruiting for employees are in Cebu City, the provincial capital, where many regional headquarters of big organizations are located.

A lot of companies have invested and expanded their BPO operations in other key cities in the Philippines outside of Metro Manila, namely Clark, Iloilo, and Cebu.

Cebu is labeled as one of the two cities in the Philippine Economic Zone Authority’s (PEZA) list of “Centers for Excellence.” This is awarded to cities that have a strong hold in certain industries and disciplines. In Cebu’s case, it remains to have a firm footing on the BPO industry, proving to be a leader in innovation, commitment, and services to the IT-BPO industry.

It took the 11th spot in Tholon’s 2018 Services Global index, which is an improvement from its 12th place the previous year. It landed ahead of Singapore, Seoul, and Tokyo.

The annual Tholons ranking classifies the top 100 “Super Cities” in the outsourcing industry and ranks them based on their ability to perform outsourced services, as well as on digital adoption and the innovation ecosystem.

Cebu is acknowledged as a premier investment destination outside the Philippines’ capital. National development players are encouraged to pursue the development of mixed-use projects in Metro Cebu, which merges the live-work-play lifestyle, for it offers better and more attractive value-proposition compared to stand-alone developments.

The property boom in the region also serves as an ideal alternative metro-paced business lifestyle at a lower cost than Metro Manila.

Property research and management firm Colliers International see BPO tenants in Cebu are switching towards these mixed-use communities since they provide a better living and working environment. They also see national developers obtaining large parcels of land in Cebu to be developed into master-planned townships.

The growing outsourcing sector remains to be the biggest demand driver for office leasing in Cebu amid initial concerns of a downtrend. In 2018, a total of 58,000 square meters in office transactions were registered from January to June.

Cebu has an excellent pool of talent thanks to the outstanding training of reputable universities in the region. The growing employment opportunities also attract skilled individuals from nearby provinces to move to Cebu City.

Moreover, CIB.O teamed up with the Cebu City Department of Education and the Department of Information and Communications Technology for the Learning English Application for Pinoys (LEAP) program. LEAP is a 40-hour, self-paced training program that was rolled out to 27 Cebu City senior high schools in August 2017 that aimed to improve the oral communication skills of SHS students.

With more and more multinational companies and IT-BPO firms seeking skilled employees, Cebu guarantees to deliver highly-skilled workers and it’s wise to partner with a recruitment firm with topnotch IT recruitment.

BPO companies continue to fuel office demand in Cebu City. In the last quarter of 2018, around 329 IT-BPO firms are running within the city’s territory, employing roughly 130,000 people. Among the companies that operated in Cebu during the first half of 2018 are Convergys, Cresco Shared Services, and Wipro. These businesses mainly provide customer support, healthcare, and IT services.

7. Cebu City has a strong IT-BPO presence, accounting for 24 PEZA-accredited IT Centers and 4 IT Parks (Source)

Because of Cebu City’s strong foothold in the IT-BPO industry, it accounted for the largest-operating PEZA-accredited centers and parks in the Philippines, such as the Cebu Business Park (CBP) and Cebu IT Park (CITP). The two are the city’s primary business districts and the most attractive location for BPO office operations.

PEZA-registered companies can benefit from both fiscal and non-fiscal incentives, which investors can enjoy.

CIB.O managing director Wilfredo Sa-a Jr. said that the outsourcing workforce in the city increased due to the active implementation of expansion programs of existing businesses, as well as the launch of new players in the field.

Sa-a believes Cebu has been aggressive in enhancing its talent pool to encourage the industry’s growth prospects. He also added that the city’s topography has dramatically transformed in the last years, which was primarily driven by the IT-BPO industry.

Under the national roadmap, the industry is aiming for the employment of 1.8 million by 2022, and about 30% of it will be coming from BPO centers outside Metro Manila. The highly-skilled workforce Cebu has kept it in the vicinity of Knowledge Process Outsourcing (KPO) and BPO firms.

Cebu City’s skyline is definitely one to watch out for if things continue to go well. Soon, there could be new developments and other cyber parks on the horizon.

With its growing IT-BPO, KPO, IT-BPM, and other outsourcing industries, you’ll want to reach out to a recruitment firm in Cebu to help fill your business with highly-skilled workers and top talents from the city’s outstanding pool of workers. 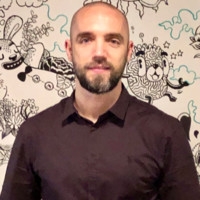 Lawrence Barrett
Partner at Manila Recruitment
Lawrence left the UK in 2010 after been headhunted to live and work in Shanghai in the financial services industry. Then in 2014 his company asked him to move to the Philippines to set up an office and establish a team to support our international business development efforts in the region and, like most people, he fell in love with the place. Lawrence always had an entrepreneurial mindset and so there was a burning desire to start a business he could call his own. In 2015 he decided to team up with a friend to start a business in the Oil & Gas industry that is centered around a globally patented pipeline sealing technology (The Halo Seal). As time went by he developed a close relationship with the Founder and CEO of Manila Recruitment and so in late 2017 he was invited to become an equity partner and to help expand the brand. And so here he is now, a part of the most dynamic headhunting firm in the Philippines.

Connect with Lawrence Barrett on LinkedIn

Latest posts by Lawrence Barrett (see all)
cebu economycebu recruitmentIT and Technical Recruitment AdviceIT recruitmentPhilippine IT-BPO
You May Also Like
What Is Algorithm-Driven Hiring and Should Your Business Be Using It?Jori HamiltonOctober 21, 2020October 20, 2020 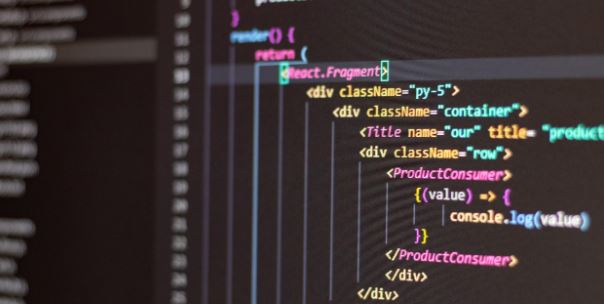 October 21, 2020October 20, 2020|BY Jori HamiltonWhat Is Algorithm-Driven Hiring and Should Your Business Be Using It?

With the emergence of COVID-19, businesses are shifting wherever possible to remote work. Estimates predict...

How Resume Verification plays a vital role in your Hiring ProcessAditya SharmaOctober 9, 2020October 16, 2020 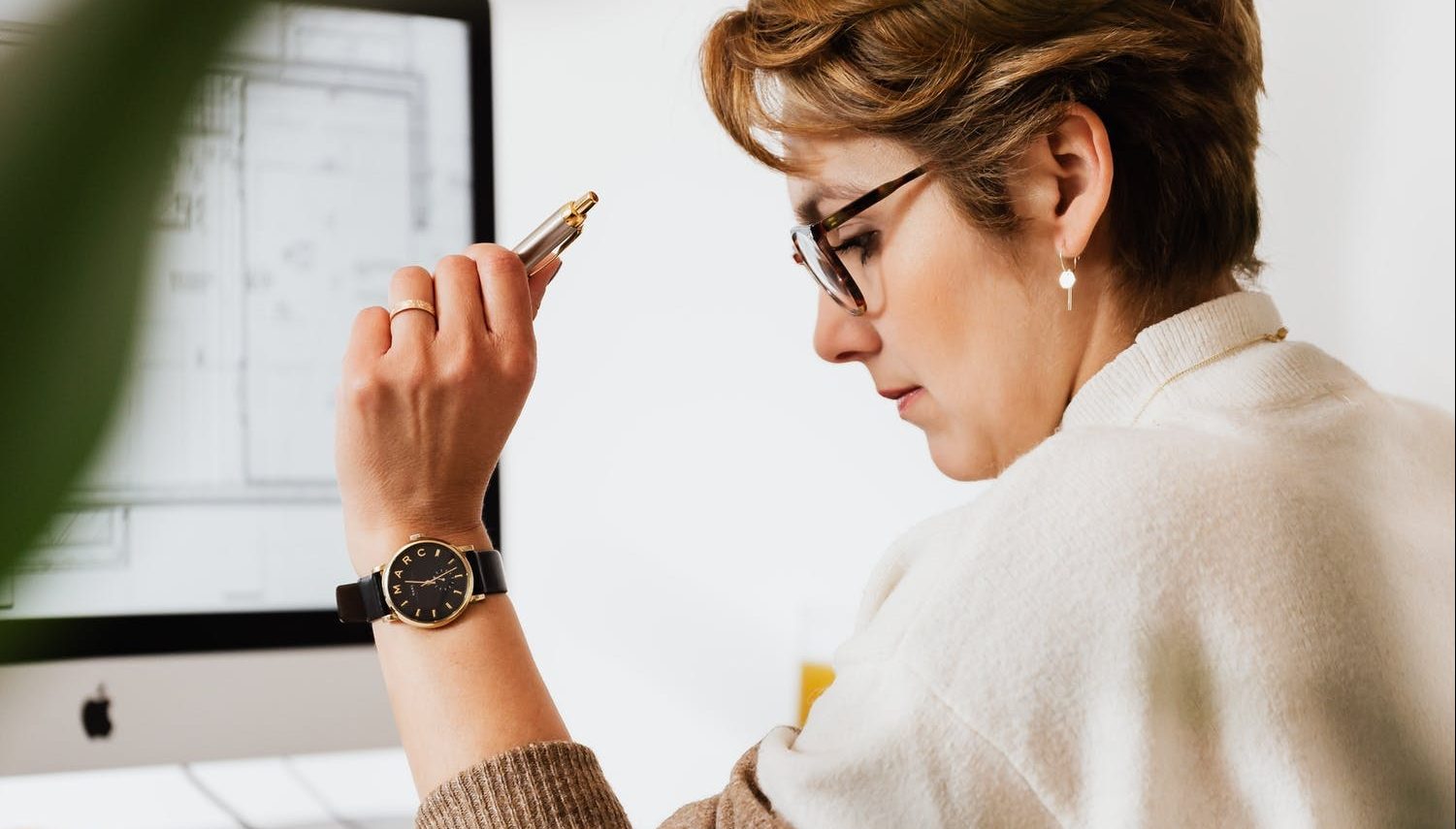 How do you avoid hiring applicants who can tamper with the ethics of your organization?... While the concept of remote work is not new, there is a stark difference when...