How to Encourage Your Team to Take Breaks

How to Encourage Your Team to Take Breaks February 19, 2019 Abby Quillen Advice for HR Professionals, Advice for Start-ups and Entrepreneurs, Infographics 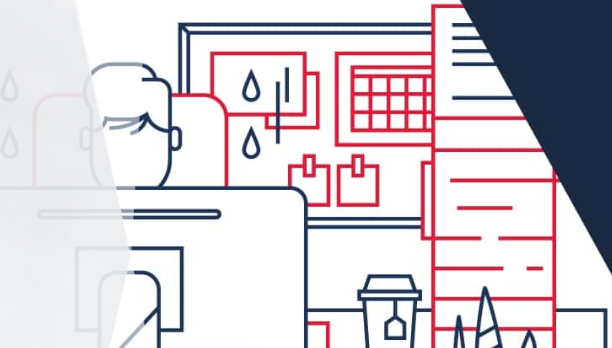 Want to boost your employees’ productivity and job performance? Improve their downtime. Breaks are essential for staying healthy, happy, creative, and focused at work. Unfortunately, many employees don’t take breaks during the workday, and some even skip lunch. Keep reading to learn why breaks are good for employees and companies, and learn how to encourage your employees to take them.

It may be tempting to power through a big project or compress work hours in order to leave early. But the brain needs periodic downtime. When workers stay at a task for a long time, their performance suffers.

The human brain is designed to move through periods of focus and unfocus. Don’t be fooled by the term unfocus. It may feel like you’re resting when you daydream or take a break from a task, but your brain is busy. It switches to a brain circuit called the Default Mode Network, which uses even more energy than when focused on a task.

While in this default state, the brain activates old memories, processes emotions, recombines ideas, and seeks out big-picture strategies for the future. Unfocused time allows indiviudals to come up with creative solutions for problems and understand other people’s thinking. It also facilitates learning and may boost performance.

Professionals also benefit from breaks. When the Draugiem Group, a collection of companies in Latvia, tracked their employees’ time and productivity, they discovered that the most productive employees took the most breaks. On average, high performers took a 17-minute break for every 52 minutes they worked.

Standing Up for Healthier Bodies and Brains

Breaks aren’t just important for job performance; they’re imperative for human health. When you think of dangerous jobs, you probably think of logging or iron and steelworkers. But sedentary office jobs also carry health risks if workers sit for long periods without breaks.

The World Health Organization lists sedentary behavior as the fourth-leading risk factor for premature death for people around the world. Sitting too much is linked to an increased risk of death from cardiovascular disease, type 2 diabetes, and cancer. It also impacts the brain in undesirable ways. In one study, inactivity was linked to thinning of the medial temporal lobe, an area of the brain linked with memory formation.

Exercising in the mornings or evenings doesn’t prevent health problems caused by sitting too much. Ideally, workers should get up and move every half hour for optimal health. Even walking for two minutes at a time throughout the day is linked to greater longevity. Taking a walk at lunch reduces stress, improves mood, and boosts work performance.

When you see employees chit chatting around the water cooler, it’s cause to celebrate. Work relationships have a big impact on employees’ happiness levels. In one survey, 89% of workers said positive work relationships mattered to their overall quality of life.

Moreover, it may boost a company’s bottom line when employees socialize at work. In a Gallup poll, women who had a best friend at work were 63% more likely to be engaged at work compared to those who didn’t. That’s important because companies with high employee engagement report 22% higher productivity.

Employees who have friends at work are more likely to love their companies, to trust the leadership of their companies, and to stay at their jobs. When a major bank began scheduling call-center employees’ breaks together so they could socialize, the workers’ productivity jumped by 25%.

Breaks not only give workers a chance to catch up with each other, they provide an opportunity for workers to nourish their bodies and brains. Unfortunately, most Americans don’t eat a nutritious lunch every day. Only 19% of American workers take a regular lunch break. And more than half (62%) of professionals typically eat at their desks.

Skipping lunch can lead to fatigue, drowsiness, shortened attention span, and a slower speed of processing information. Proper nutrition can have a huge impact on productivity, especially if workers are undernourished. When San Pedro Diseños, a textile company in Guatemala City, provided their employees with breakfast and lunch, production jumped 70% and their annual earnings went up 20%.

Even in the U.S., where most workers eat adequate calories every day, encouraging workers to eat healthy meals may improve performance. In one study, physicians, who often skip breakfast and lunch, were provided with healthy meals as part of a wellness program. The doctors reported they were less irritable with patients and more alert when they ate during the day.

How to Encourage Your Employees to Take Breaks

Now that you understand the benefits of breaks, it’s time to encourage your employees to actually take them. More than a quarter (28%) of employees say they seldom, if ever, take any breaks at work. Here’s how to convince your employees to get up from their desks.

Human brains need periodic downtime to function optimally. And breaks give workers a chance to socialize and eat, both of which boost productivity and wellbeing. By encouraging your employees to take more breaks, you very well may see a boost in performance, decision-making, and collaboration.

Abby Quillen is the author of the novel The Garden of Dead Dreams and the editor of two anthologies. Her articles and essays have appeared in YES! Magazine and The Christian Science Monitor and on Common Dreams, Nation of Change, Reader Supported News, The Daily Good, Truthout, and Shareable. She lives in Eugene, Oregon, with her family. When she’s not writing, she grows vegetables and weeds, bikes and walks as much as she can, and jots down cute things her kids say. Visit her at abbyquillen.com